The Largest Mall in the World 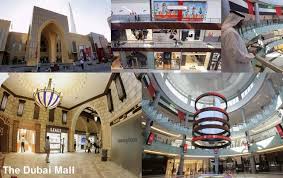 One of the most glamorous cities of the world, already boasting a 7 star hotel, the tallest building in the world has added another world wonder to its collection. The Dubai Mall, breaking a good dozen world records in its wake has made its mark in human history. Opened in 2009, it is the world’s biggest mall with a floor area of 12 million sq. ft; equivalent to 50 football fields, housing 1,200 retail giants from around the world.

The shops are distributed among a dozen different malls within the mall itself. With 220 retailers, it boasts the world’s largest Gold Souk, Fashion Island, the Fashion Catwalk atrium, 70 stores dedicated to haute couture, the Oasis Fountain Waterfall and an indoor-outdoor streetscape with a fully retractable roof featuring more than 160 food and beverage outlets. It is also reported that the world’s largest candy store opened in 2009. 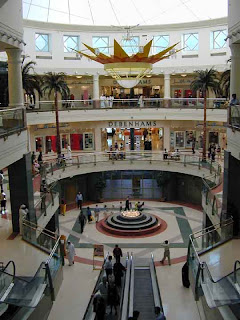 Parking for 14,000 vehicles across three car parks is made available making it impossible for anyone to complain about the hassle of parking. A record turn up of 54 million was reported in 2011 making it the most visited destination in the world. Its many other attractions include the SEGA indoor theme park where one can enjoy more than 150 leisure games. The aquarium and underwater zoo is recorded in the Guinness Book of World Records for the largest Acrylic panel. This 750 mm thick panel is the only separation between one walking into this blue world of 33,000 species on display and 10 million liters of water. The Olympic size ice rink is the first of its kind in Dubai with a state of the art refrigerator system and 38mm ice bed. It also houses a children’s education and entertainment centre; KidZania and a 22 screen megaplex cinema with more than 2,800 seats. Already the winner of 5 awards for innovation in retailing, the Dubai mall has revolutionized and redefined the word ‘shopping’.

Copthorne Hotel Dubai located minutes away from the Dubai international airport offers a range of Dubai hotel specials, with packages designed for every need, whether it be leisure or business trip, this Dubai hotel has it all.

The Best of Indian Shopping

How to Plan your Weekly Grocery Shopping