Mall of America: Western consumerism at its best | Shopping In Focus

Mall of America: Western consumerism at its best 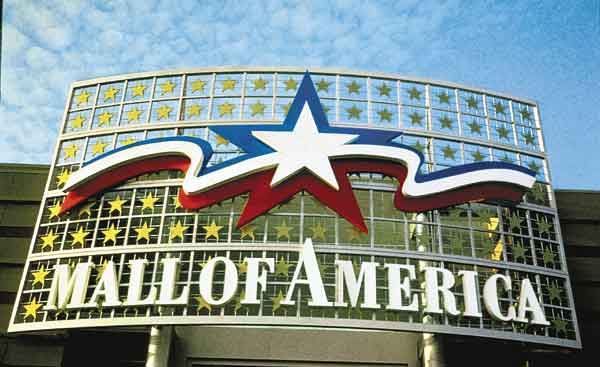 Located on either side of the Mississippi River, lies the vibrant city of Minneapolis, the largest metropolis in the state of Minnesota. Located just north of the great Mississippi’s confluence and adjoining the urban mass of St Paul the Central Business District is known as Twin Cities where the two towns meet.

The combined urban expanse is the 13th largest in the United States. Minneapolis is famous for its natural beauty with a vast network of lakes and lush vegetation. During the early years of the city’s foundation it was renowned for its flour milling and timber industries.

Originally the grounds of the famous Sioux Indians the French were the first Western Colonisers in the region.

As with all great American cities Minneapolis benefited from the industrial revolution by supplying raw materials for the hungry factories churning out products for the increasingly independently wealthy populace.

Thus consumerism was born; a staple of American tradition, the United States is considered one of the biggest consumerist societies in the world. No other country advocates the megamall concept quite like America.

The Mall of America opened its numerous doors to the public in 1992. It is still considered one of the largest malls ever built in America. Rivalled only by the megamalls in the Middle East and Asia it is home to over 500 stores arranged across three floors of walkways and elevators.

Despite the sub zero temperatures frequently experienced by Minnesota, only the entrances and key communal areas are heated. Due to the regular high influx of shoppers and the level of heat generated by lights, machinery and the natural skylight, air conditioners need to be run in the height of winter to ensure the atmosphere inside is kept at acceptable levels. This is a true testament to the popularity of the retail industry in America.

Visitors will find just about anything under the sun at the Mall of America from international brands such as Levis and Nike, to department stores such as Macy’s including local niche retailers.

A visit to this sprawling retail hub is considered an outing for the family what with their being a massive amusement park within its huge enclosure. The Nickelodeon indoor theme park features roller coasters and other fun and exciting rides within its premises. It is the largest indoor amusement park in America. Its clever use of natural foliage lends an outdoorsy atmosphere without making customers feel enclosed within the walls of the mall.

Other prominent attractions to note include the Lego imagination land, a 14 screen movie theatre and the famous anatomically inspired “Bodies… the Exhibition”.

Visitors hoping to experience the retail explosion the Mall of America has to offer will find many a Minneapolis hotel to reside in during their visit. The Millennium hotel Minneapolis for example is an elegant and luxurious downtown Minneapolis hotel within easy reach of popular entertainment and business hubs.

Dining in Macau, a distinctive experience